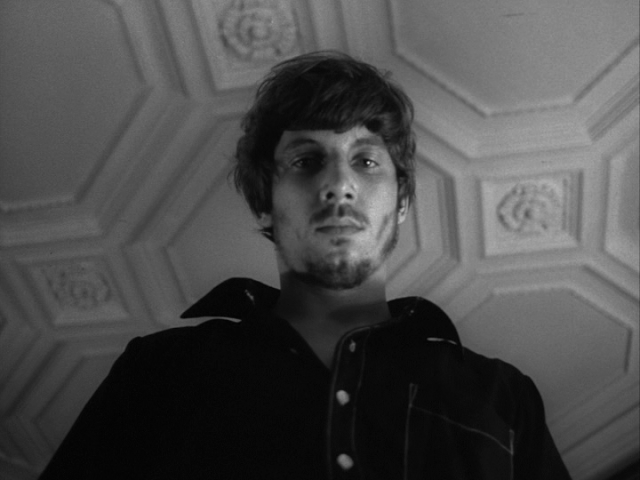 Originally released as ‘The Other Side of Madness’
Made rather tastelessly while the trial was still ongoing, this is possibly the first film to be released based on the actions of the Manson family. Released under its original title in late-1971, the film was re-released as ‘The Helter Skelter Murders’ in 1976 as a rather shameless attempt to cash-in on the hit TV movie ‘Helter Skelter’.
This film is an oddity. Anyone going into it expecting just another dime-a-dozen low budget Manson movie will be severely disappointed. The first half of the picture plays almost like a cheap Mondo flick. Footage of rock concerts and hippies skinny-dipping take up much of the runtime. But I sincerely hope you don’t think I’d take the time to write about this film if that was all there was to it.
At about the 40-minute mark, the entire tone of the film changes. Any music all but stops and the dialogue becomes scarce. It’s at this point that the Tate murders occur. The re-enactment of the crimes takes up most of the second half of the film. There are no two ways about it, the last 40-minutes are amazing.
An opening text crawl states that all the sources for these scenes came from commercial publications, newspapers, television etc. From the looks of things, it follows those early publications almost to the letter. The second half is not over the top, not exaggerated. It plays out slowly, almost in real time. Very little dialogue is spoken here, 4 or 5 lines perhaps.
The acting is superb here, the man playing Watson, in particular, stands out to me as suitably terrifying. When victims are supposed to be scared, well… they look scared! However, the star of the show is the cinematography. The film was directed and shot by Frank Howard, who sadly never made another film before or after this. The man knows where to point the camera. The use of shadows, the stark black-and-white film stock, it’s the highlight of the film.
The film seems to have made no more than a dent when it was first released. I’ve heard rumours of it being banned in California, although I’ve never seen that confirmed. The film was originally rated X by the MPAA, although the print I viewed is labelled with an R rating. I do wonder if they cut anything, or if perhaps the ratings board simply became more lenient.
I do wonder who this film is for. Manson completionists? Exploitation connoisseurs? Cinematography students? Arthouse fans? I suppose if you were to make a Venn-diagram of all these demographics, right in the centre you would find the ideal audience for this film.
If you want to view this film for yourself, I’m afraid that’s easier said than done these days. Released on DVD in the United States around the dawn of the format, the film is now out of print in English speaking territories, with used copies reaching absurd prices, although a German DVD seems to still be available. Of course, the film is available through slightly less legal avenues to those who know where to look, not that I endorse such behaviour…
Overall: Part Mondo exploitation, part true crime art film, this really is a difficult one to sum up. The first 40-minutes of the film offer little and will only be of interest to the most die-hard fans of obscure cinema. The last 40-minutes are powerful, shocking, and beautifully shot. If you fall into one of the categories of audiences listed a few paragraphs ago, I’d suggest giving it a go. Although you won’t lose out on much if you skip the first half.
Recommend to a rather niche audience, but only the last 40-minutes.

[Originally published May 7th, 2018]
UPDATE [08/10/2020]:
Well, I'm happy to say we can now redact that paragraph regarding the film's lack of current release. Blu-ray and DVD distributor 'The Film Detective' have recently announced a new Blu-ray and DVD, scanned in 4K from the original camera negative, to be released on November 10th. A '50th anniversary deluxe release', featuring a bonus soundtrack CD (here's hoping it includes Dark White!), is apparently limited to 1,500 Blu-ray copies. I've heard tell of a standard edition, sans the CD, being released, although that doesn't seem to be up for preorder anywhere. Also worth noting that there's no word on the DVD being a limited run. This will probably date this update, but I suggest that you don't waste any time securing your preorder if you're at all interested in seeing this odd little film. Also worth noting that I'm not being paid or compensated whatsoever for saying any of this, I'm just happy this thing is finally getting a good quality release.