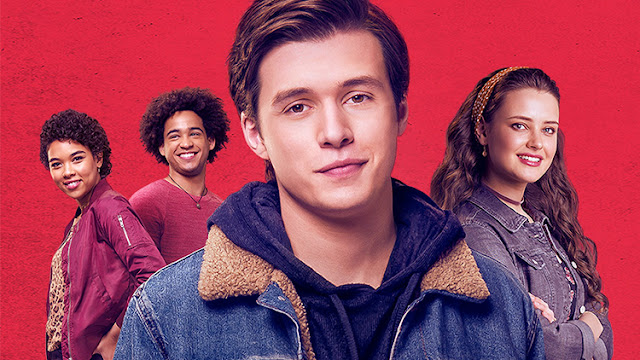 My fear going into ‘Love, Simon’ was that it would be a case of a film attempting to get by purely on the fact that it touches on social issues. While it is important that certain issues are touched upon and that certain groups are fairly and equally represented in cinema, that does not make your film critic-proof. The recent ‘Call Me by Your Name’ for example, I thought was pretentious dribble which seemed to have no modus operandi other than to win awards because ‘gay, therefore art’. Coming out of it, I can confirm that ‘Simon’ thankfully does not fall into this category.


I counted 13 laughs throughout the film, so it more than passes the Kermode test for a good comedy. The script is smart and seems to understand its subject matter very well. It plays a lot for laughs, but it thankfully knows when to shut up with the jokes and be quiet and serious. It was guilty more than a few times of doing that slightly cheesy thing where a character starts a dramatic monologue and the piano starts going on the soundtrack, almost as if cueing the audience to start crying, but overall, I’d say it handled the more serious and personal aspects of the story very well.


I will say that I’m probably not the most qualified to talk about how well the film represents the LGBT community. I’ve never experienced half the things this movie explores, I’ve never had any experience with coming out. I do consider myself to be LGBT, I’m openly bisexual. I can’t say I’ve ever really come-out mostly because I don’t think I was ever really closeted. This should go without saying, but there is a difference between not sharing your sexuality with people and being closeted. So yeah, I can’t really say I’m qualified to talk about that aspect of the film as it doubtlessly will be a touchy subject for a lot of people.


I do think this movie will be important for a lot of people. I wouldn’t be shocked if a lot of kids opened up to those closest to them after walking out of the theater. If just one person walks out of the film feeling more comfortable in their own skin, then it’s clearly succeeded in getting its message across. The film isn’t trying to win any awards or even win over any critics. The film is a fun, enjoyable romantic comedy about a gay kid. If nothing else, I admire it for its simplicity. It doesn’t get bogged down trying to be more than it is. It touches upon social issues and handles them with grace and care, but it also focuses on making an enjoyable film.


Overall: A fun, feel-good romantic comedy. Doesn’t overstay its welcome and has more than enough laughs for the casual viewer. At its heart, it has a solid message about accepting yourself and allowing yourself to be accepted by others. Oh, and the kid playing Simon was very cute, so that’s a plus. As one friend put it to me “it was a happy LGBT film too which is rare”. Thinking about it, I’m not sure I could actually name any other happy LGBT films, but I could list plenty of sad ones. Perhaps it is about time that being LGBT on film stopped being synonymous with sad endings and heartbreak.


Also, don’t watch the trailer. It gives away 90% of the plot. If you’re at all interested, I’d suggest going in blind.